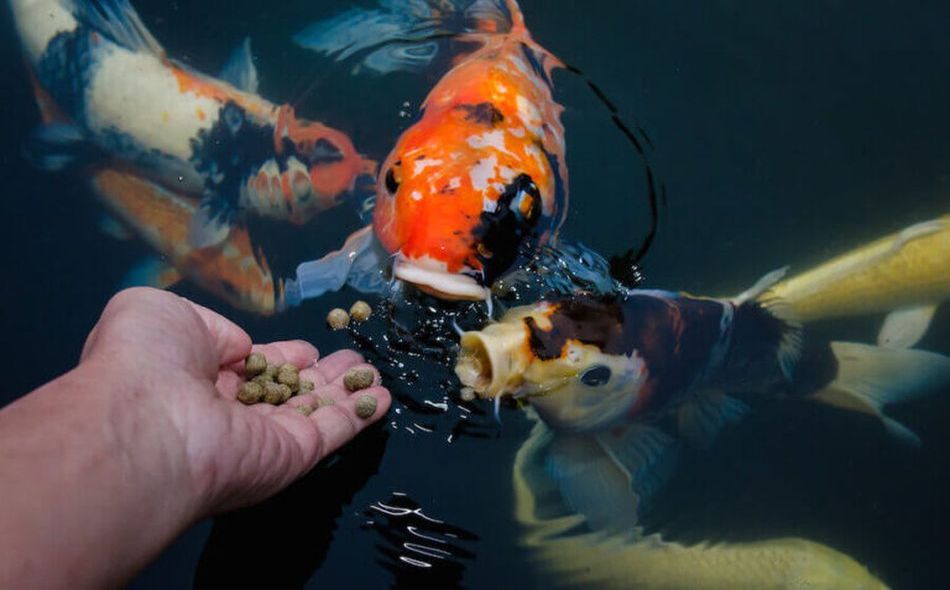 Feeds are an important component of fish farming as they constitute more than 70 percent of the total operational costs..

As a result, the key to any commercial fish farmer is always to use the best feeds but also maximize on all fronts and keep the ‘wastage taps’ at minimum.

Sourcing for the right feeds, record keeping of the trend in feeding, maintaining hygiene around and inside the pond are some of the best practices that farmers are advised to observe by experts in order to reap big from the trade.
Another paramount exercise that farmers are advised to observe is embrace best fish feeding method.
According to Susan Nakimu from Ugachick, Uganda’s biggest fish feed producer, the best fish feed method is Feed by Response where fishes are fed according and when they are hungry. This ensures that the feeds go directly to the fish and not the predators as well as maintaining hygiene in the pond since the feed is given to the fish and the fish eats it instantly and therefore eliminating any remains that could dissolve and pollute the water.

To feed by response, fish need to be trained to come and eat from the same place at the same time at the water surface. In order to achieve this, a farmer should initiate it by calling the fish at a designated fixed time and place. He can call on the fish for instance by making a sound or stump the ground before feeding. The farmer then pours in the pond at the specific point a handful of feed first. If the fish come, add more, if they do not come do not any feed.

The following day, do the same until the fish eventually learn that if they do not come to feed on time, there will be nothing left for them. It is important to note that this may take several days for the fish to adapt.
In the first week, one should not give more than half the estimated required ration according to what is given to you by the extension worker or expert.
This will help train the fish to feed intensively and rapidly. In order to keep the rapid feeding pattern, one should a container to broadcast the feeds in the pond rather than trickling them in.
After adaptation, the fish should finish all the food given in 15 minutes. If this is not possible, then reduce the ration.

However, if they finish it all in less than five minutes, add more and record daily how much has been consumed.